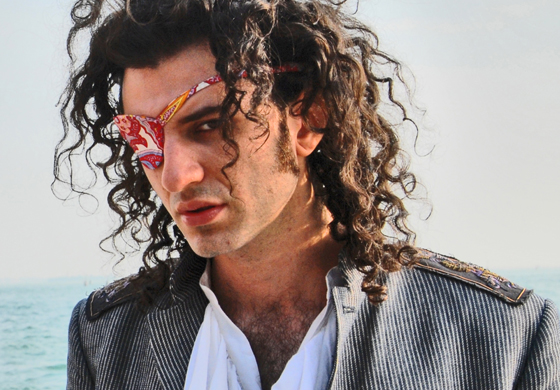 ConiglioViola & Artbeat present “PIRATE RABBIT”, a limited edition resin sculpture that celebrates one of the most spectacular and emblematic works of the Italian artist collective ConiglioViola, The Pirate Attack on Venice Biennale. On June 7th 2007 an enormous winged Rabbit with one eye covered with a pirate’s eye patch, sailed the canals of Venice on board a large raft and fired 52 cannon shots, one for each Biennale editions.

ConiglioViola is an art group founded in 2000 by Brice Coniglio and Andrea Raviola.

From video art to multimedia theatre, from electronic music to performance art, from net.art to photography, there are few areas of contemporary art that have not been explored and ironically subverted by the tentacular operations of ConiglioViola: “Renaissance workshop of the digital era” and genuine “brand”. Well-known at the international level thanks to spectacular operations such as the Pirate Attack on the Biennale di Venezia (2007), ConiglioViola is devoted to a radical and cross research into POP-ular culture, and especially into those shared cultural myths and clichés through which society represents and hide itself.