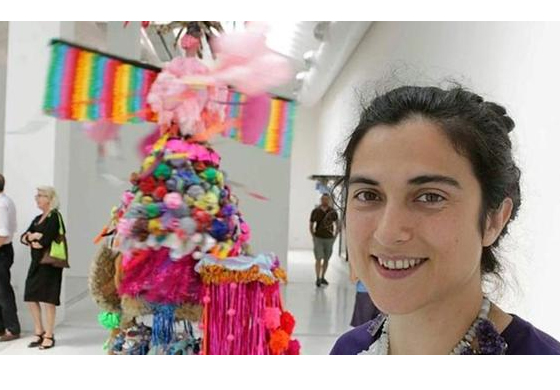 She lives and woks between S. Pietro in Cariano (Verona) and New York, city where in 2004 she had her first solo exibition at Spencer Brownstone Gallery.

Since then her artworks have been presentes in many collective and solo shows: 2008 at T2 Triennale Turin, Castello di Rivoli, in 2009 Insiders at Musée d’Art Contemporain, Bordeaux and in 2010 “Linguaggi Sperimentali” at MART in Rovereto. In 2007 she collaborates with the Argentinean artist Daniel González in Chili Moon Town Tour project, an utopian floating city of dreams without frontiers a special project for México Arte Contemporáneo; Homeless Rocket With Chandeliers, a thirty-meter construction crane, where the workers kept on using it for two years after its transformation in Lambrate, Milan, Italy. In 2010 won Premio Moroso. Anna Galtarossa artwors and projects are the result of phantasmagoric tales and myths pertaining to a wild imagination, where dreams and wishes come true.